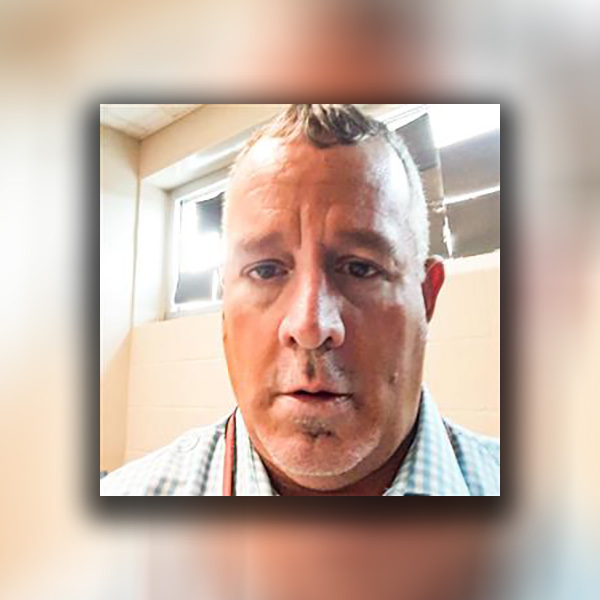 Every year the Veterans of Foreign Wars organization (VFW) looks at a lot of teacher applicants to submit to pick a select few to receive the VFW’s National Citizenship Education Teacher Award.

It just so happens that all three of South Carolina’s nominees are teachers from the lowcountry – two are from Berkeley County School District.

Stratford High football coach Steve Jones and Philip Simmons Middle history teacher Josie Oakley are up for the recognition. Nancy B. Platt, a teacher from James B. Edwards in Charleston County, is also advancing to the national level.

The VFW divides each state into districts. South Carolina has eight – District One consists of Beaufort, Jasper, Colleton Charleston, Dorchester and Berkeley counties. District One’s three nominees advanced to state and have now advanced to the national level. Results should be completed this spring.

This is the first major teaching accolade for both Jones and Oakley.

Jones coaches junior varsity football as well as the B team. He also teaches social studies.

Jones grew up in Hanahan and has served in the U.S. Air Force. He has served as a coach at Stratford High since 2005.

He said he enjoys the personal relationships he forms with his students and colleagues.

Jones said the award comes at a time when it feels like he is the right place with a good administration and good teachers around him to work with; therefore, he said, “I kind of feel like it’s a team award.”

Jones’s wife, Deborah Jones, is a special education assistant at Hanahan High. Their two sons are at Hanahan Middle and Hanahan Elementary.

Jones has worked a lot with Col. Samuel Blanton, a JROTC instructor at Stratford High. Blanton nominated Jones for the award. Jones said the two of them used to do a Medal of Honor curriculum for homeroom years ago.

“I love what I’m doing,” he said. “I get a chance to be on the front lines and try to make a positive difference.”

Oakley is from Lexington originally. She teaches eighth grade South Carolina history. She studied history at the University of South Carolina and then got her certification in secondary education through The Citadel. She is working on a second Master’s degree in history through Gilder Lehrman Institute through Pace University.

“I love being in the classroom and I love teaching history,” Oakley said.

Oakley previously worked for 11 years at Wando High. She has been teaching for 13 years.

Philip Simmons Middle Principal Charla Groves nominated Oakley for the recognition. Oakley said being nominated makes her feel good about the decisions she has made in her own personal development opportunities.

“It makes that pretty valuable,” she said.

James Stover, district teacher chair for the VFW, has been participating in the award program’s selection process for more than 10 years and said he could not recall a time when all three teachers that advanced to the national level came from the same VFW district; this is a rare occasion.

“I think it’s a great program,” he said. “Every school has a Teacher of the Year within their school and this takes it one step higher…I just think it’s great to recognize teachers.”

The VFW launched the Smart/Maher National Citizenship Education Teacher Award in 1999 to recognize classroom teachers for promoting citizenship education. Three teachers from each grade level category are selected as national winners. Each national award-winning teacher receives the Past Commander-in-Chief John Smart Award and $1,000. Respective schools also receive a $1,000 award. The teachers also receive a paid trip to a VFW national conference in Washington, D.C. to receive their award.