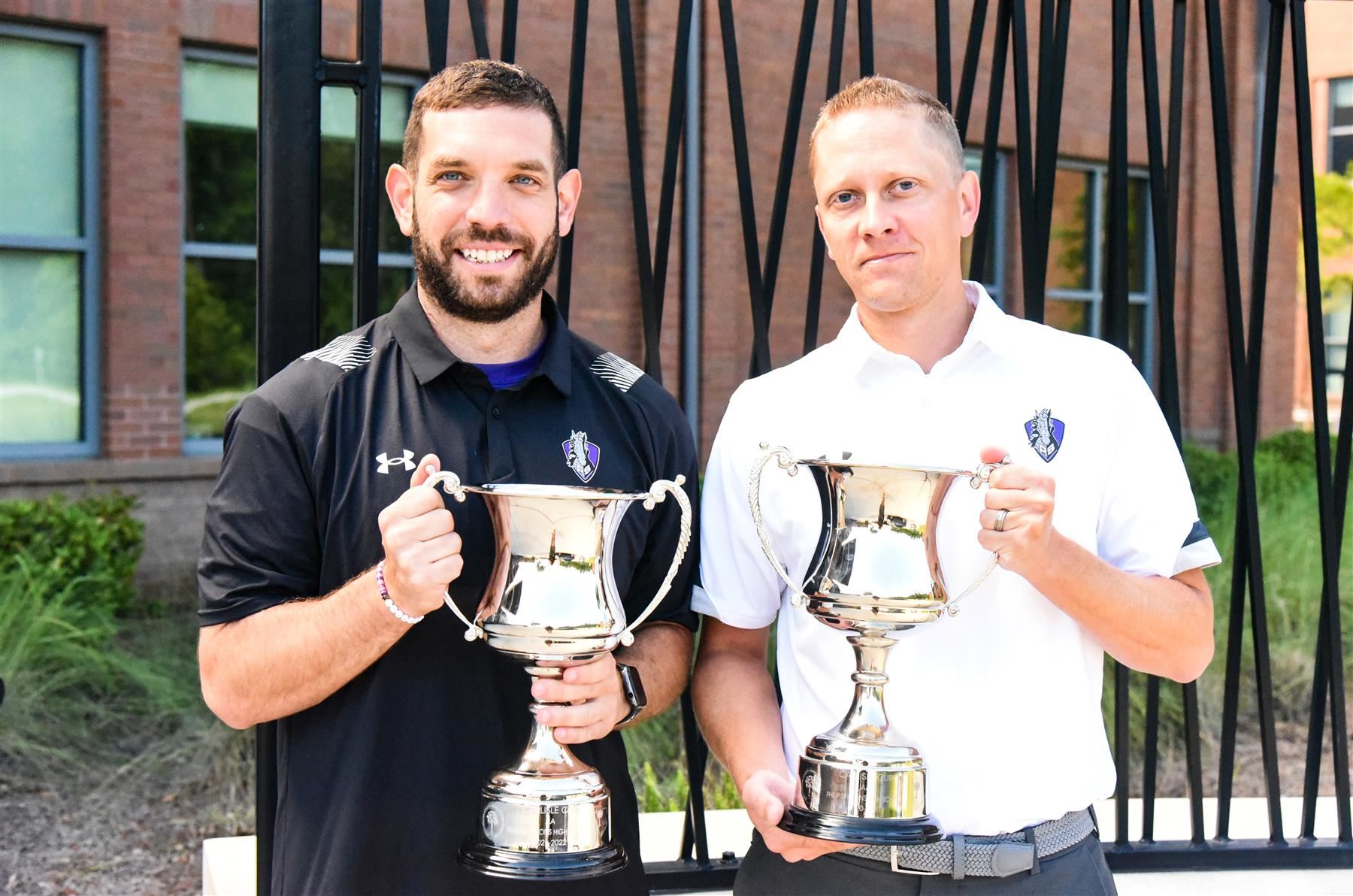 Last year, Philip Simmons High made history when it became the first school in Berkeley County School District to receive the Carlisle Cup (since at least 2002).

When the school won the award last year, Daniel Minkin, Assistant Principal and Athletic Director for the school, had his sights set on expanding the school’s athletic program during the 2021-2022 school year and bringing home another cup.

That hope seems to have come to fruition; Philip Simmons High has scored yet another Carlisle Cup.

“Our goal as a school from the start was to defend our cup,” Minkin said. “That was our motive…We wanted to keep it in Berkeley County, and we wanted to make sure a public school kept it.”

The Carlisle Cup is presented each year by the SCAAA to the most outstanding athletic program in each classification; Philip Simmons High won for Class AA. The cup, formerly known as the AD Cup, is named for John Carlisle, a former Eastside head football coach who the SCAAA Board named Executive Director Emeritus in July 2016 and subsequently renamed the award.

Winning schools receive a Carlisle Cup Trophy and a wall banner, and schools qualify through a point system – the more state championships a school rakes in, the more points that school receives.

“Your school wants this,” Minkin said, adding that only five schools win this award every year, so to win it back to back “is very special” for Philip Simmons High.

With the growing school population, Philip Simmons High will enter Class AAA this upcoming school year – and Minkin hopes they can bring home yet another Carlisle Cup next summer.

Minkin has high expectations for the 2022-2023 school year. In addition to a growing student population, the school’s athletic program is expanding with the addition of boys volleyball, which officially got sanctioned as a sport in May. “I envision more success for all our teams,” he said. “I think we’ve got the right coaches in place, we have great community support, and we have the best student athletes in the state – and we’re just going to keep winning.”

Minkin also recognized the Iron Horse community support, and said he is excited about the upcoming school year.

“This is a very special place,” he said.