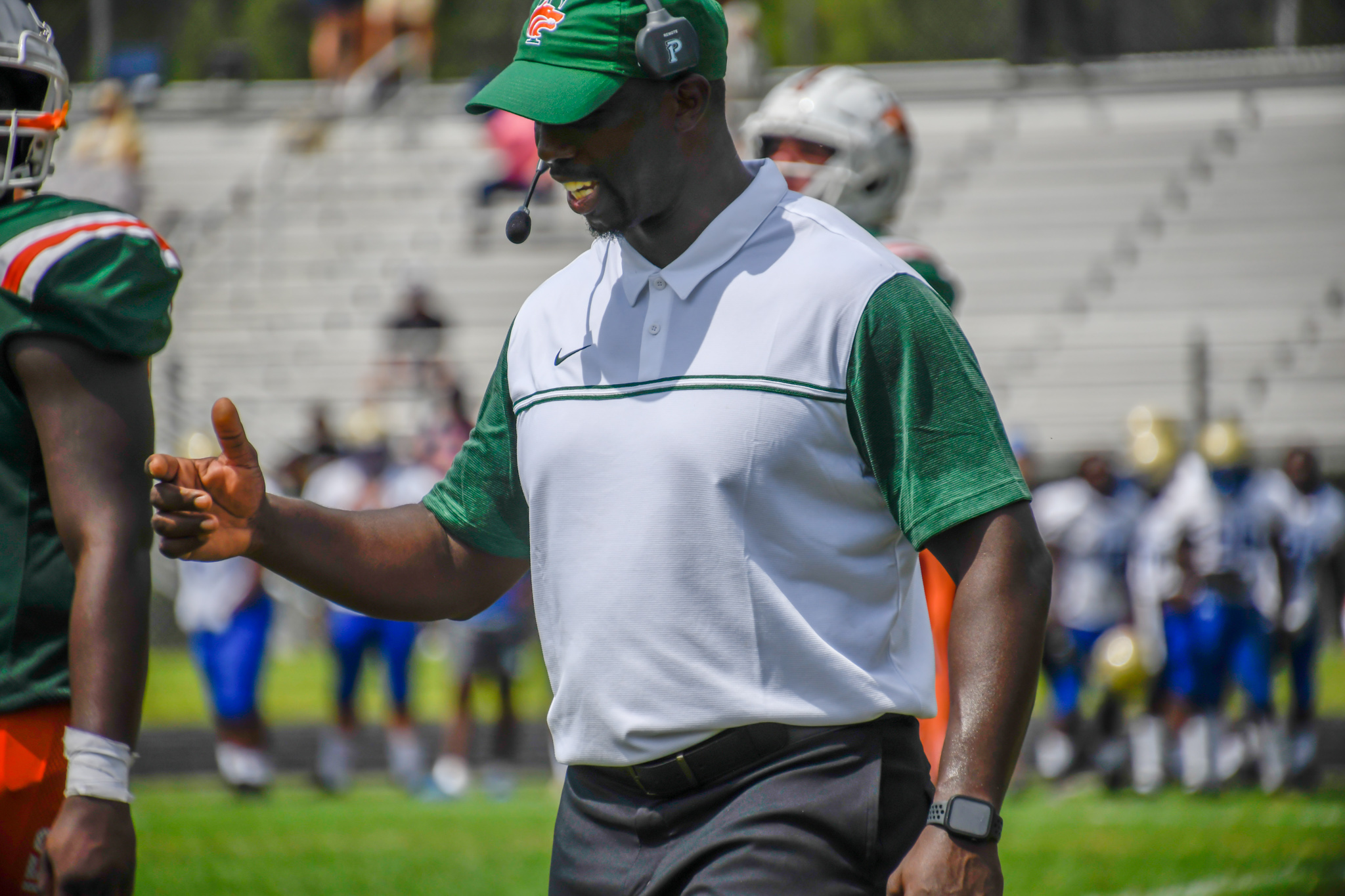 Focus, dedication and community support – those are the things Timberland head football coach Greg Wright says have played a major role in his program’s success.

As the Wolves prepare for the second trip to the playoffs in three years with Wright coaching the pack, opportunity and exposure for the student-athletes and coaches in St. Stephen has grown.

As a result of his commitment to providing the best he can for his team, Wright is also being recognized on an individual level by South Carolina’s high school football coaches and fans. He was selected as the coach of the 2023 Schutt Senior All-Star Showcase and was also nominated by his coaching peers to be the Class AA Lower State Director for the South Carolina Athletic Coaches Association (SCACA).

When asked what’s in the water at Timberland High, Wright chimes, “community.”

“The community pours into our youth, and they (community members) play a major role,” he said. “It takes a village to build our youth, and we have a great group that shows continuous support. We also have great talent here; country-fed young men.”

Wright looks forward to those two opportunities he will add to his coaching resume, and says he doesn’t take them lightly.

“It is a great honor and a privilege to be recognized by your peers to be in a leadership role,” he said.

While winning games, playoff berths and coaching accomplishments are to be celebrated, he argues winning is nothing without the success of being able to shape local youth into responsible adults. He’s focused on making a positive difference.

“Our world is in need of great men and leaders, and I will do everything I can to help these young men reach that. I have been blessed with this great opportunity to inspire, and I will do just that, humbly and faithfully, because someone did it for me.”

The first High School Blitz All-Star Game was held in 2020. The intent is to provide opportunities for high school football players with the talent to play at higher levels but who were not selected for the Shrine Bowl or North/South games.

With his purpose centered heavily on positively impacting players, it’s an event Wright is excited to join in a coaching role.

“I was fortunate enough to play in the North/South All-Star Game, but I know that there are a lot of young men overlooked for various reasons,” he said. “This additional game allows them to display their talents as well. The more opportunities, the better, as long as it is for the right reasons and with respect to the prestigious all-star games already taking place.”

The 2023 Schutt Senior All-Star Showcase will be played on December 31.