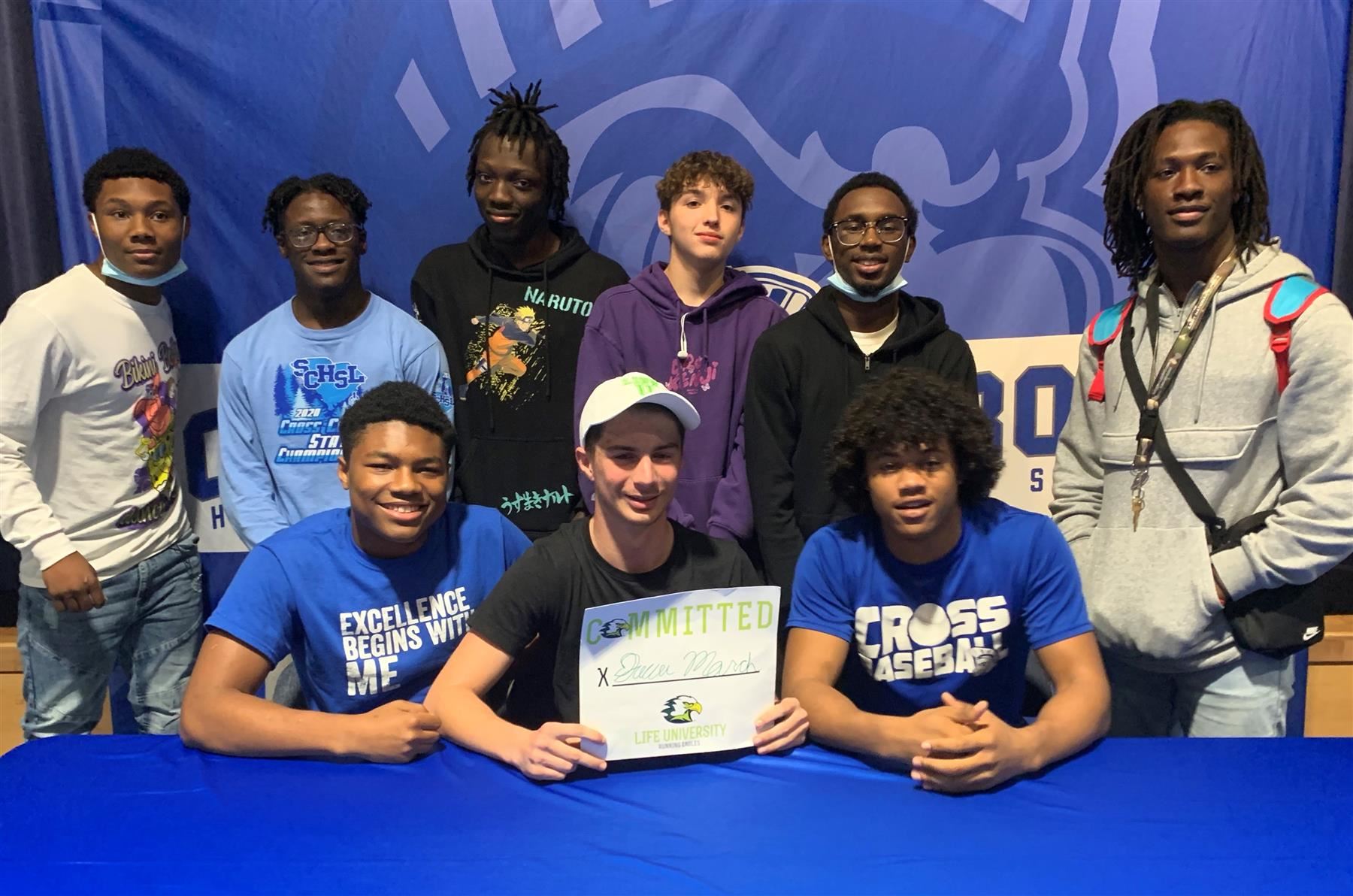 Cross High senior Jacob March made school history earlier this month when he became Cross High’s first wrestler to be signed with a wrestling scholarship.

March recently committed to Life University, a private university in Marietta, Georgia, and is now excited about continuing his wrestling career beyond high school.

March started wrestling as a middle schooler for Goose Creek High’s team but said he did not truly get into the sport until 10th grade, when he was at Cross High. He said he is looking forward to having a chance to wrestle with new teammates from across the country when he gets to college.

March wrestles under the guidance of Coach Willie Nearhood, who said March’s dedication and work ethic really sets him apart in the sport, particularly during the off-season when March finds ways to wrestle through different clubs and tournaments.

March said he likes wrestling because it is something one has to work hard at in order to get good at it.

“You’re not just going to come into it and be good,” he said. “Also, it’s like a family environment with your teammates.”

Nearhood is in his third year at Cross High and came on board with a plan to grow the school’s wrestling program.

“I love it,” Nearhood said. “I look forward to going to practice every day.”

The 2021 wrestling season just starting and the team is hopeful to score a state championship as a team; Nearhood has high hopes for his players.

“I think we’re competitive and we have a lot of work to do – but we are in the mix,” Nearhood said.